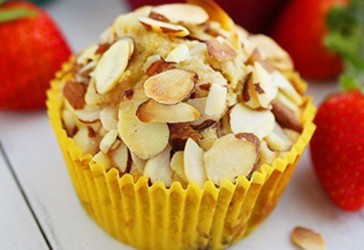 Don’t be alarmed—but something’s hiding in your food. From the cereal you had for breakfast to the dressing on your salad to the ketchup on your fries, an addictive substance is lurking in many foods that you’d never suspect.

Far more loathed than fat or cholesterol these days, sugar has become public enemy No. 1 when it comes to the health of America. In fact, in our effort to listen to doctors’ orders (and government guidelines) to consume less fat and less cholesterol, Americans turned to “healthy” low-fat foods that were actually loaded with sugar.

In its recent report, the Dietary Guidelines Advisory Committee cited sugar as one of our biggest health concerns and recommended that sugar make up 10 percent or fewer of our daily calorie intake. The American Heart Association recommends that no more than half of your daily discretionary calories comes from added sugars (about 6 teaspoons or 100 calories for women, and 9 teaspoons or 150 calories for men). But we’re eating way more of the sweet stuff than that: The CDC reports that the average American eats between 13 and 20 teaspoons of added sugar a day (around 230 calories for women, and 335 for men).

In its natural state, sugar is a relatively harmless—even necessary—carbohydrate that our bodies need to function. It’s found in fruits, vegetables, and dairy as a compound known as fructose or lactose. The problem comes when sugar is added to foods during processing for added flavor, texture, or color. This is more common than you may realize—you don’t have to be in the candy aisle to be surrounded by added sugar.

Eating too many of these empty calories has many health effects, the most obvious being major weight gain. Added sugar drives your insulin levels up, messes with your metabolism, and causes those calories to turn right into belly fat. And while losing weight is well and good, that’s just the beginning of the health benefits of cutting back on the sweet stuff. Below are 21 more legit reasons—besides fitting into skinny jeans—to tame that sweet tooth for good. 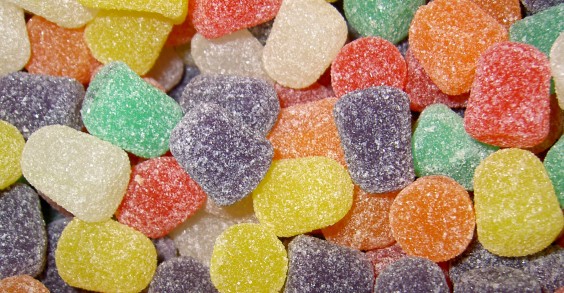 1. It can lower your blood pressure…

Obesity, one of the main consequences of excessive added sugar intake, is a major risk factor for high blood pressure. New research shows that added dietary sugars—independent from weight gain—can also raise blood pressure. And this is no small thing: High blood pressure increases the workload of the heart and arteries and can cause damage over time to the whole circulatory system. Eventually, this can lead to heart disease, heart attacks, stroke, kidney damage, artery disease, and other serious coronary conditions.

2. …As well as your bad cholesterol.

3. It decreases your heart attack risk.

People with higher added sugar intakes had a notable increase in risk of heart attacks compared to those with lower intakes, one recent study found. One simple swap to cut your risk: Ditch the soda. One study found that sugar-sweetened beverages are associated with increased risk of coronary heart disease. “For every extra soda or sugary drink you consume, you may raise your risk of heart disease by up to 25 percent,” says Darria Long Gillespie, M.D., a board-certified emergency physician at Emory University Hospital.

4. It keeps your brain sharp.

You may have been warned that sweets can eat away at teeth enamel, but what’s even scarier is that sugar can eat away at your brain power too. Research shows that eating too much sugar can cause impair cognitive function and reduce proteins that are necessary for memory and responsiveness. In one particular study, rats who were fed sugar were slower and showed less synaptic activity in their brains than those in the control group. “A high intake of sugar is assocaited with metabolic syndrome, a cluster a conditions associated not just with decreased cognitive function, but possibly even with changes to brain structure,” Long Gillespie says.

5. You’ll be less likely to have Alzheimer’s and dementia…

A diet high in added sugar reduces the production of a chemical known as brain-derived neurotrophic factor (BDNF), which helps the brain form new memories and remember the past. Levels of BDNF are particularly low in people with an impaired glucose metabolism (diabetics and pre-diabetics) and low BDNF has been linked to dementia and Alzheimer’s disease.

In one study, older adults who drank more than four servings of soda per day were 30 percent more likely to be diagnosed with depression than people who drank unsweetened water, coffee, or tea.

In order to function properly, the brain depends on a steady supply of chemicals like glucose and insulin. When glucose (another name for sugar) enters the body, insulin opens cell doors to allow it into the cells. However, when your brain experiences continuous sugar spikes (from your breakfast of Lucky Charms to your post-dinner ice cream sandwich), insulin becomes more immune to its effects and therefore less effective. This in turn leads to depressionand anxiety.

7. You’ll break your addiction to the sweet stuff.

Research shows that animals that “binge” on excessive amounts of sugar develop symptoms of physical addiction and signs of withdrawal. What’s happening: Dopamine, the brain’s feel-good neurotransmitters, are released during sugar absorption (we’ve all experienced that post-birthday-cake euphoria). The problem is that eating too much sugar shuts down healthy dopamine signaling, meaning it takes more and more sugar to fire off those pleasure signals. In one study, the sight of a milkshake activated the same neurological reward centers as cocaine among people with addictive eating habits. Turns out, drugs aren’t the only substance you need to say “no” to. 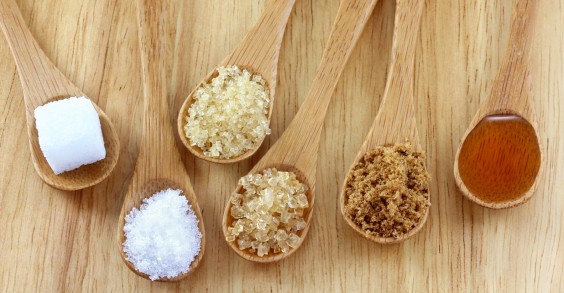 8. It will keep your skin looking young…

And now for the appeal to your vanity: A lifetime of eating too much added sugar can make skin dull and wrinkled. This is due to a process called glycation, where the sugar in your bloodstream attaches to proteins to form advanced glycation end products (AGEs— an appropriate name for what they do!). AGEs damage collagen and elastin, the protein fibers that keep skin firm and elastic, and that damage leads to skin wrinkles and sagging. They also deactivate your body’s natural antioxidant enzymes, leaving you more vulnerable to sun damage. “In this case, you truly are what you eat—it shows on your skin,” Long Gillespie says.

Sugary foods with a high glycemic index have been found to have an effect on the severity of acne because of the hormonal fluctuations they trigger. “Inflammation caused by excess sugar intake has been linked to other skin conditions as well, like psoriasis,” says Marisa Moore, R.D., an adjunct professor at Georgia State University.

10. It will lower your risk of diabetes.

Research shows that drinking one to two (or more) sugary drinks per day increases the chance of developing type 2 diabetes by 26 percent. Because of the high insulin resistance caused by excess sugar intake, fructose, glucose, and other forms of sugar can’t get into the cells and become “stuck” in the bloodstream. This high blood sugar leads to pre-diabetes and eventually the threat of actual diabetes.

Research suggests a diet high in added sugar can exacerbate fatty liver disease. Never heard of fatty liver disease? You’re not alone, but it’s actually one of the most common diseases in America, says Mark Hyman, M.D., founder of the Ultra Wellness Center and chairman of the Institute for Functional Medicine. Basically, that spike in insulin caused by sugar also drives fat into the liver cells, causing inflammation and scarring. This disease is a major risk factor for diabetes, heart attacks, and even cancer.

12. It can help reduce your risk of certain cancers.

Though studies are not completely conclusive, some research suggests that excessive added dietary sugar is correlated with higher levels of certain cancers, such as pancreatic cancer.

13. Your breath will be sweeter.

We’ve heard again and again about the connection between sweet treats and dental decay and cavities. Why this happens: Sugar provides a quick food source for bacteria so they can reproduce quickly, causing plaque buildup and that awful morning breath.

Studies suggest that certain dietary patterns, including a high-sugar diet, can make you more likely to suffer from asthma or chronic obstructive pulmonary disease (COPD), which is the third leading cause of death in the U.S. 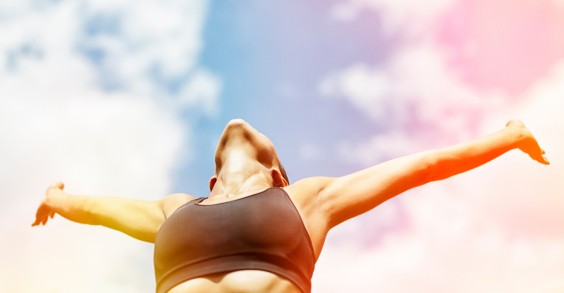 Studies show that added dietary sugars can decrease the activity of orexin cells. These cells are basically the Energizer Bunnies of our bodies, and induce wakefulness, stoke the metabolism, and keep our system movin’ and groovin’. When orexin cells are turned off or absent, we’re sleepy and sluggish, which explains why you want to nap after a carb- and sugar-laden lunch.

Since over-consumption of sugar triggers the production of ghrelin—the hormone that signals to your body that it’s hungry—cutting down on sweets means you won’t feel like a bottomless pit of hunger. Focus on whole, unprocessed foods, sans sweetener, to minimize that annoying “hangry” feeling and feel full for longer.

As we mentioned above, consuming too much sugar is a surefire way to develop cavities and gum disease, so you’ll be seeing your dentist less frequently if you cut the sweet stuff out.

Eating or drinking too much sugar also lowers your immune system. Excess sugar can inhibit phagocytosis, the process by which viruses and bacteria destroyed by your protective white blood cells. Simple sugars like glucose, table sugar, fructose, and honey all cause a drop in the ability of white blood cells to destroy bacteria. Less illness means fewer trips to the internist and less time spent in waiting rooms reading germy copies of old magazines.

And not only on junk food—those trips to the dentist and doctor will add up. Plus, your health insurance premium could rise if chronic diseases caused by excess sugar start to appear.

The process of growing sugarcane requires a ton of water and its often very destructive to the habitat it grows in—not to mention a history of issues with chemicals and pollution in the sugarcane industry. Plus some of the regions sugarcane grows in (like the Mekong Delta in Vietnam and the Atlantic Forest in Brazil) are already fragile habitats.

Families of sugar workers have been living in extreme poverty, hunger, and misery for generations. As reported by the Coalition of Agricultural Workers International, families of sugar workers in Malaysia live on a budget of five cents each per meal. And in 2013, the U.S. Department of Labor found the sugarcane industry in the Dominican Republic responsible for multiple violations against workers, including poor working conditions, 12-hour work days, seven-day work weeks, and occupational safety and health concerns. Giving up or cutting back sugar reduces your support for the plantation owners and companies that support these human rights violations.