Men Can Cut Their Heart Attack Risk By 86 Percent. So Why Don’t They? 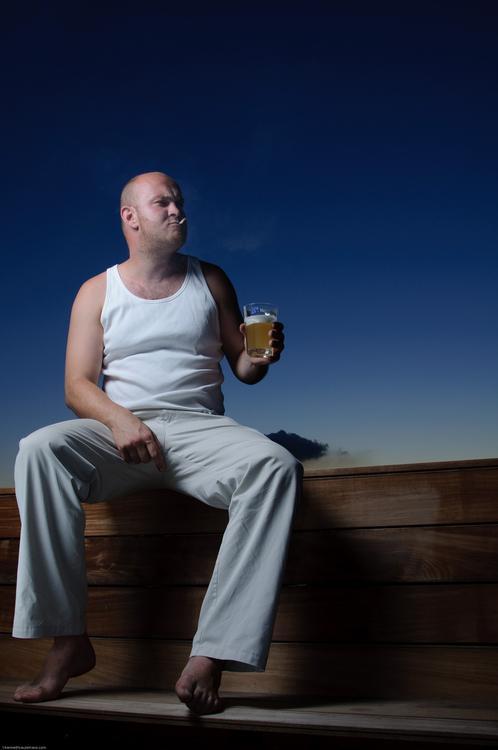 Listen up, men: A new study has found a way for you to reduce your chances of having a heart attack by a whopping 86 percent. All you have to do is exercise regularly, eat lots of veggies, not smoke, barely drink, and watch your waistline. So why isn’t everybody doing it?

“That is the basic question that health psychologists have been examining for the past 30 to 40 years,” James Maddux, a psychology professor at George Mason University and senior scholar at its Center for the Advancement of Well-Being, told Yahoo Health. “And the short, simple answer is this: Just about everything we do that’s unhealthy in the long run — including eating, drinking alcohol, and not moving our bodies — feels good in the short run. And everything that’s good for us — exercising, eating less pasta and bread, not smoking if someone’s a smoker — takes effort, and that can be unpleasant. That is the basic problem.”

Still, Maddux told Yahoo Health, flooding people with information about how to get healthier helps, as most people have a tipping point for when they will decide to change their behaviors. And to that end comes the new study, published on Monday in the Journal of the American College of Cardiology, for which researchers in Sweden followed 20,721 healthy men between the ages of 45 and 79 for 11 years.

They assessed the men’s lifestyle habits through the years and found a clear reduction in heart attack risk for each way the participants lived healthily, which included the following guidelines: walking or bicycling for more than 40 minutes per day plus working out for more than an hour a week; sticking to a diet rich in fruits, vegetables, legumes, whole grains, reduced-fat dairy products, and fish; drinking very little (an ounce or less of alcohol per day); not smoking; and keeping the circumference of one’s waist less than 37 inches.

Only about 1 percent of men involved in the study fit into the complete healthy-living category. But they were 86 percent less likely to have heart attacks than those who ate poorly, were overweight, exercised too little, smoked, and drank too much alcohol, the researchers said. And overall, the researchers concluded that four out of five heart attacks could be prevented by these lifestyle changes.

“It is not surprising that healthy lifestyle choices would lead to a reduction in heart attacks,” Agneta Akesson, the study’s lead author and an associate professor at the Institute of Environmental Medicine, Karolinska Institutet in Stockholm, said through a press release about the study. “What is surprising is how drastically the risk dropped due to these factors.”

In the study, the researchers noted, “Because population-wide strategies to shift the entire distribution of risk cannot rely on prescription medication, effective lifestyle-based prevention is essential.”

But according to the authors, less than 2 percent of the American population conforms to what is defined as ideal cardiovascular health. And that goes back to Maddux’s points. When you make drastic or even slight changes to your comfortable routine — which could include tipping back a few cocktails on a regular basis, being a couch potato, or skipping fruits and veggies at mealtime — “the ‘punishment’ is immediate,” he said. “As humans, we respond to short-term rewards and tend to forget about the long-term consequences.”

Still, Maddux noted, “At some point, a person says, ‘I’ve heard enough. I have to do this.’” At that point, they’ve moved from the pre-contemplation stage to the contemplation stage to the action stage, when they can finally start to make behavior changes. And that’s when social support — getting in touch with someone who has made the switches you’d like to make — is very important. “You might be able to say, ‘If they can do it, I can do it, too,’” he said.