Ask us how we’re doing at the end of a long, stressful workday, and chances are you’ll hear, “I’ve been better” or some equally snippy response. Although it may be unintentional, comments like these can negatively impact your mood—as well as the people around you.

A better idea: Why not use your words to promote happiness, positivity, and productivity in the workplace? That’s the concept behind Broadcasting Happiness, a new book by Michelle Gielan, a happiness researcher and founder of the Institute for Applied Positive Research.

Before she became a positive psychology researcher, Gielan anchored daily broadcasts at CBS News, where most reports revolved around death, destruction, and depressing news about the tanking economy. It was taking a toll on her—and her viewers:Research shows exposure to bad news leaves people in a more negative mood.

Then Gielan had an epiphany. “I realized that what was happening with the news was not merely a problem of too many negative stories,” she says. “The deeper problem was that we were also telling many of the stories in the wrong way.” After convincing her producers to run a “Happy Week” series filled with hopeful and optimistic stories, CBS received more positive viewer emails during those seven days than the entire year prior.

That success motivated her to leave her career in network news and pursue a graduate degree in positive psychology at the University of Pennsylvania. “I wanted to figure out how to tell stories, even negative ones, more positively so they can spark change,” she says.

Gielan’s main message in Broadcasting Happiness: We are all broadcasters. “The verbal and non-verbal messages we choose to send out (think ‘I’m stressed’ or ‘I’m tired’ versus ‘I’m happy to be here’ or ‘We’re in this together’) can shape others’ views of the world,” she says.

Here are six easy ways that you can start broadcasting happiness to strengthen both your personal and professional relationships. 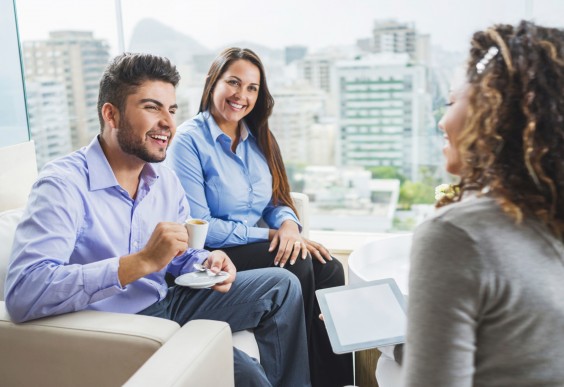 1. Start on a positive note.

Gielan calls this a “power lead“: “It’s the opposite of the typical approach in journalism, which is to begin a broadcast with the most sensational or negative story.” Instead, start meetings, calls, or emails with a positive and uplifting statement. “Research shows that how we begin a conversation is predictive of how well it turns out,” she says. “And because the ‘power lead’ is simple and can come from any person regardless of rank, it can turn anyone into a positive broadcaster.”

Try it: Greet fellow employees or customers with a smile or high five in the morning, or remark how much you’re loving your cup of coffee (rather than complaining about how tired you are). In emails, try a positive subject line like “Our next GREAT collaboration,” versus “Q3 Synopsis Development.” Even something as small as adding “Hope you had a great weekend!” to an email can make a difference, Gielan says.

“Flash memories” are what Gielan calls the first thoughts or associations you have in response to a particular stimulus. Changing them from negative or neutral (“Last time we pitched this client, we failed“) to positive (“We’ve had so much success recently—we’ve got this“) can increase motivation and achievement. “The way we process the world and how we decide to operate within it is largely guided by our memories of the past,” Gielan explains. (How veryTotal Recall.)

Try it: If your team needs motivation, spotlight current successes that encourage future achievement, Gielan suggests. It also helps to invoke an emotional connection: For example, invite a client to tell your team how their work has made a difference. Also, tell these success stories over and over: Repetition is key to creating positive flash memories.

One of the most inspiring stories in Broadcasting Happiness is about a young man who became a quadriplegic after a paragliding accident. Rather than lose hope, Joe Stone “fact-checked” the story that doctors told him: that he’d never be able to walk again. Instead, he worked hard in physical therapy, got special equipment, and competed in a triathlon one year after his accident. As Gielan says, “Joe fact-checked his prognosis and found facts that helped fuel him to work hard to create a better future for himself.” While not all situations are this dire, research shows that the differentiator between seeing stress as good or bad is the set of facts a person uses to evaluate his or her situation.

Try it: Say your colleague is convinced her boss hates her: They got along fine for a year, but their relationship has suddenly changed in the past six months. However, you know that his wife is battling breast cancer. When you tell your colleague this one fact, she instantly softens and understands why he hasn’t been himself recently, Gielan says. In this case, it took just one additional fact to change the story. 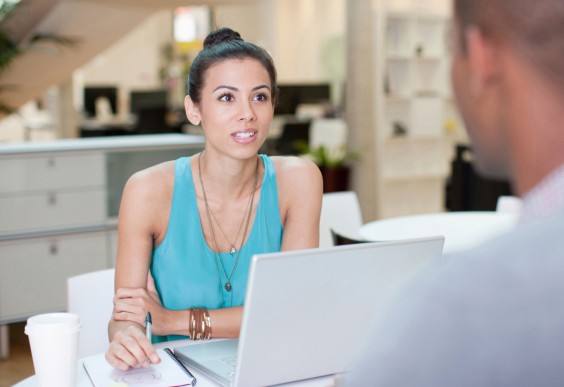 No one likes giving negative feedback or, worse, firing someone. Learning “the four Cs” will help you talk about something negative—be it at work, at home, or in a relationship—in a better way. “Delivering bad news is a part of life, and it’s never easy, but how you deliver information makes a massive difference in how it’s received,” Gielan says. “Bad news is not the end of the story. Oftentimes it is just the beginning.”

Try it: Next time you have to give bad news, follow the four Cs:

We all know one: that “Negative Norm” or “Petty Patty” who’s always complaining or tearing down others’ ideas. Gielan says that taking a “strategic retreat” from the negative people in your life can be crucial to creating more positive relationships at work. “Don’t underestimate the harsh effects negativity can have,” she says. “Negative people have the ability to impact us down to a cellular level and even shorten our life span.” What’s more, negative emotions emitted by others are highly contagious, especially if those people are particularly expressive.

Try it: Sometimes the most effective way to deepen a conversation is to retreat from it, then regroup and reenter the situation with what Gielan calls a “two-minute drill”. How it works: Start with a power lead (praise your difficult colleague for a project well done); complete the mission (ask the question and keep any follow-up questions to a minimum); and leave on a good note (“Thanks, that was really helpful”).

Research shows that people who express gratitude are happier, more successful, and feel healthier. Plus, habits like giving thanks to others help shut out stress and negativity from the outside world by helping you view your life more positively, Gielan says.

Try it: Every day for 21 days, send a short, positive email praising or thanking someone you know. It can be anyone in your network—colleagues, your spouse, friends, or even the security guard at the front desk of your office. This exercise will help put into perspective the size of the role negative people play in your life, and instead fill your mind with the positive, soul-nourishing people who make your life better, Gielan says.