The Best (and Worst) Positions for Sleeping 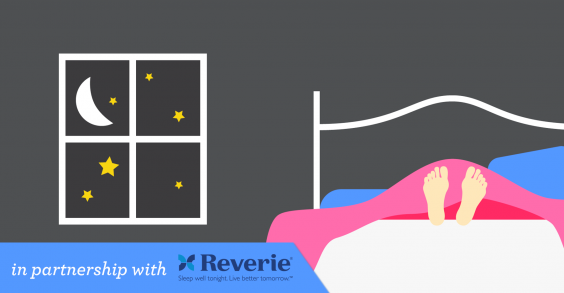 For something so simple (even babies do it), sleep isn’t such an easy thing. Both too little and too much time dozing has been linked to a host of health problems, from obesity and heart disease to dementia and diabetes. And sleep position can play a role in snoring, heartburn, and even wrinkles! Read on to see if you should switch it up in bed (remember, we’re talking sleep here). 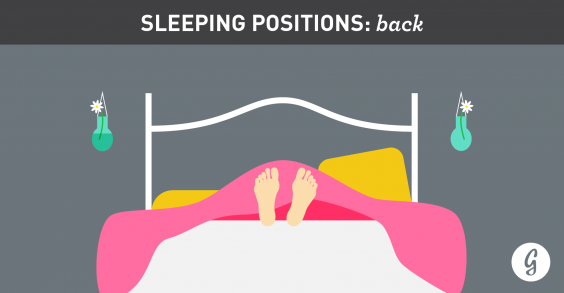 Pros: Many doctors agree that back is best. Snoozing in savasana pose is a boon for spine and neck health, because the back is straight and not forced into any contortions. Plus back sleeping helps themattress do its job of supporting the spine. In a perfect (and kind of uncomfy) world, everyone would sleep on their backs without a pillow, as this position leaves the neck in a neutral position. Using too many pillows, however, can make breathing more difficult.

Back sleeping is also a winner for the more cosmetically inclined. Spending all night with the face out in the air—and not smooshed up against a pillow—leads to fewer facial wrinkles [1].

Cons: Instances of snoring and sleep apnea are much more frequent when a person is sleeping in the supine position. In fact, back sleeping is so closely linked to sleep apnea that doctors prescribe side sleeping as a treatment for the condition [2] [3]. When we sleep on our backs, gravity forces the base of the tongue to collapse into the airway, which obstructs breathing and creates oh-so-pleasant snoring noises that keeps the neighbors up at night.

It’s also worth noting that a supported spine doesn’t always necessarily mean a good night’s sleep. A study comparing the sleep habits of good sleepers and poor sleepers noted the people with worse-quality sleep spent more time on their backs than the good sleepers [4]. 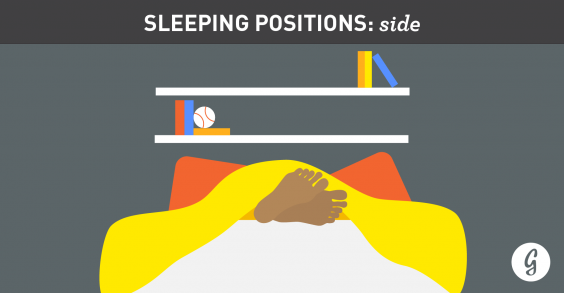 Pros: Side sleepers, unite! Whether they’re curling up in the cozy fetal position or lying straight on one side, the vast majority of people report sleeping on their sides (although since everyone is unconscious during sleep, this information can never be entirely accurate). Doctors encourage sleeping on the left side during pregnancy because it improves circulation to the heart, which benefits both mom and baby. Side sleeping is also a pregnancy winner because sleeping on the back puts pressure on the lower back (which can lead to fainting) and stomach-sleeping is impossible for obvious reasons [5]. For those not expecting, sleeping on the left side can also ease heartburn and acid reflux, making it easier for people with these conditions to doze off.

Cons: At the same time, sleeping on the left side can put pressure on the stomach and lungs (alternating sides often can help prevent organ strain). And as almost all side-sleepers know well, this position can result in the dreaded squished-arm-numbness. Snuggling into bed with the arm behind the head is a common sleep position, but it may adversely affect muscles and nerves. Resting the head (or the whole body) on a single arm can restrict blood flow and press down on the nerves, which results in “rubber arm” or painful pins and needles. In this position, the shoulder supports a lot of the body’s weight, which can constrict the neck and shoulder muscles [6]. 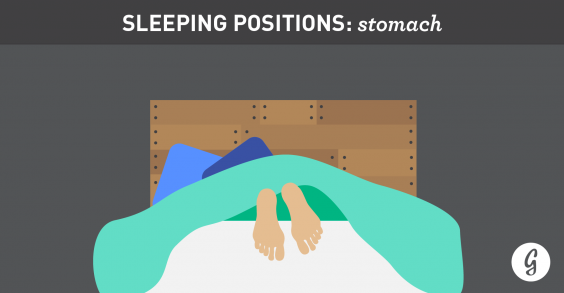 Pros: Stomach sleeping eases snoring and some cases of sleep apnea, but that’s pretty much the only good thing about going belly-down at night.

Cons: Resting on the tummy is widely regarded as the worst sleeping position. It flattens the natural curve of the spine, which can lead to lower back pain. Sleeping all night with the head turned to one side also strains the neck. If this is the preferred position, try using pillows to gradually train the body to sleep on one side. Lower back twinges? Try sticking a pillow under the hips and lower abdomen to give the bottom of the spine a boost.

Regardless of health benefits, people sleep in the position they find comfiest. Experimenting with different sleep positions won’t do any harm, so feel free to try each position for a few nights and see which is the best fit. Whether it’s back, side, or stomach, people tend to wake up in the position that their bodies naturally snooze in. Unless a doctor specifically recommends switching, it’s probably best to keep doing what feels right.